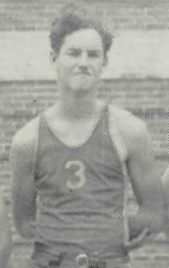 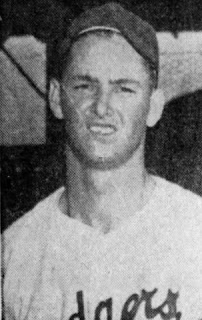 Born to Ishmael and Juanita Tanner, the Tanner family moved to Tampa, Florida, by 1935.

Scouted and signed by Brooklyn Dodgers scout Wid Matthews, he left high school one credit shy of graduating in order to pursue a baseball career. Classified by the draft board af 4-F due to an ear issue, Tanner bounced around the Dodgers organization for years. He was suspended by organized baseball by jumping his contract and signing to play in the Mexican League in 1946, but that suspension was lifted and he resumed his baseball career. He was thought to certainly be a member of the Dodgers one day, but it never came to be, only reaching AAA level of the minor leagues. A very good basketball player in high school, his 6'6 frame got him a contract with Memphis in the Southern Basketball League in 1947, averaging 3.8 points in the 14 games I found he played in.
After ending his baseball career, Tanner stayed around Tampa, coaching and raising his family and scouting for the Cincinnati Reds. He died in 1978 at the age of 53 following a lengthy illness.

He and his wife, Barbara, had five sons and one daughter. One son, Jim, was drafted by the Detroit Tigers in the 3rd round of the 1967 draft but he never got higher than their Class-AA team in Montgomery. His brother, Rudy, also played minor league baseball.

Posted by Peach Basket Society at 6:17 AM