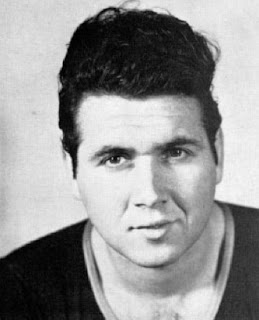 Trombatore served in the U.S. Army during World War 2, and after the war, enrolled at Loyola in New Orleans. He played an important part on those talented Loyola teams after the war. After playing professionally with the New Orleans Sports of the Southern League, he worked as an Insurance Salesman for Delahoussaye Insurance for many years. He died of cancer in 1991.

Sammy married Edna and they had a son and two daughters.

Source:
"Fight, Grin and Squarely Play the Game" by Ramon A. Vargas and Peter Finney

Posted by Peach Basket Society at 9:31 AM