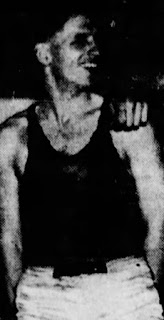 Nichol was a very popular player in British Columbia in the 1940's, and the first white player on the Globetrotters. Aside from his basketball exploits on around Vancouver, which was interrupted by his time in World War 2, he was also a notable baseball player.