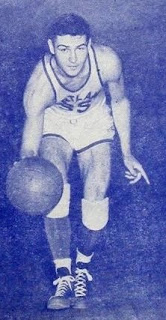 Taitt, a talented baseball player, attended Oregon State for one year, playing baseball and basketball, before entering the U.S. Navy. After serving in World War 2, he signed with the Brooklyn Dodgers in 1945. After being released, he signed with the Tyler club in the Texas League, playing for his uncle, former Major League player Doug Taitt. Taitt was sold after the 1946 season to the Red Sox, and in the off-season, played basketball with the Portland Indians. He played minor league baseball for another couple years, through 1948, never rising above Class B.