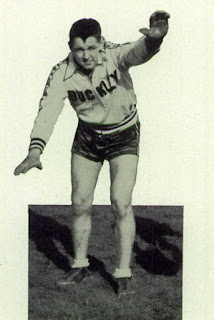 Born in Buckley, Washington, to Fay and Queenie Doud, Lowell went to Bellingham Normal College (now Western Washington University). After serving in the U.S. Navy during World War 2, he played for the Trailblazers in the Pacific Coast League, joining the team in early February of 1947 as the team revamped its roster. He was later a fireman and recreational pilot, owned a racehorse, and eventually owned and operated a mobile home park.

He and his wife, Tina, had one son.