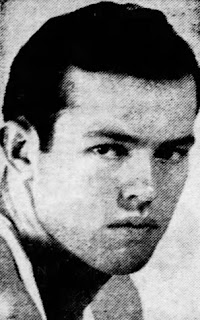 A baseball player, basketball player, and star halfback on the football team at Oregon State, Durdan played two seasons of pro football for the 49ers in the AAFC as well as two pro season of basketball with the Indians. He served in the U.S. Navy in the South Pacific during World War 2, and after discharge, signed with the Indians on December 28, 1946. He later worked as a mortician and part-owner of a funeral home. He was 51 when he died of a heart attack in 1971.