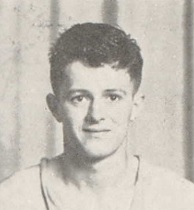 A graduate of Everett HS, Olson was a scoring whiz for WSC before quitting school prior to the start of his senior season. He joined the U.S. Army in 1943 and after being honorably discharged, he got married and moved to Seattle where he worked a long career in sales. 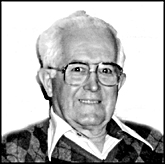 He married Eunice (1919-2015) in 1946 and they had two sons. His grandson, Bryce Olson, played basketball for Central Washington University.

Basketball encyclopedias have two different Olsons listed in the PCBL in 1946-47: Bud Olson as playing with Spokane, and Bob Olson as playing with Bellingham. However, newspaper articles mention each Olson played for Washington State. I only found one Olson at WSC at that time. It turns out Bud and Bob are the same player.