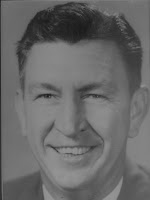 Born to John and Irma Kenelly, Pat was known for this baseball and football skills than his basketball skills. Kennelly played all three at SE Louisiana and also served in the U.S. Army during World War 2. After graduating, he coached football at Bogalusa High School in Louisiana before returning to SLU as an assistant football coach there in 1948. During this time, he tried his hand in professional basketball by playing with the New Orleans Hurricanes. He took over the baseball program in 1951, along with his football duties, and lead the squad until named head football coach in 1965, a position he held for seven seasons. Kenelly suffered a heart attack while cooking breakfast one morning and died. He was 78. SLU's baseball field is named in his honor.

He was married to Bert Armistad and they had a son (Ken, who also played football at Southeatern) and a daughter. After Bert's passing, he remarried to Ruth Settoon.

Stats:
http://www.justsportsstats.com/basketballstatsindex.php?player_id=kennepa01
http://probasketballencyclopedia.com/player/pat-kenelly/
Posted by Peach Basket Society at 7:51 AM