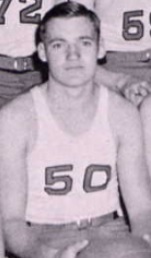 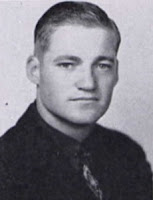 Born to in Brownwood Texas, Head grew up in Clovis, New Mexico, and went to Texas Tech, where he played basketball and football. He served in the military during World War 2 as a paratrooper, and was released from service in January of 1946 and he returned to Tech.


Stats:
http://www.justsportsstats.com/basketballstatsindex.php?player_id=headga01
http://probasketballencyclopedia.com/player/garland-head/
Posted by Peach Basket Society at 11:05 AM