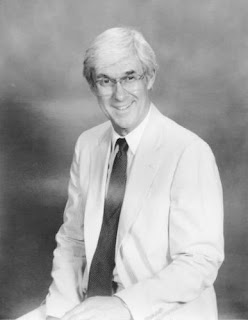 Born in Joplin, Missouri, to Arthur and Bertha Pogue, Joe grew up in Anderson, Missouri, and served in the U.S. Navy V12 program during World War 2. He took a teaching job at Anderson High School in Missouri when he signed with the Springfield Squires. He also worked as a banker and a farmer.

Stats:
www.justsportsstats.com/basketballstatsindex.php?player_id=poguejo01
http://probasketballencyclopedia.com/player/joe-pogue/
Posted by Peach Basket Society at 5:02 AM

Email ThisBlogThis!Share to TwitterShare to FacebookShare to Pinterest
Labels: over 90, PBLA