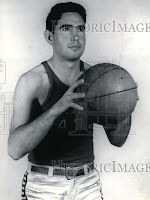 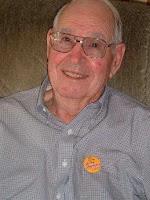 Born in Kremlin, to Steve and Florence Landon, Landon was a four-time letterman in basketball at OU. He played for the Ranchers while finishing up his schooling, and took a job in Wyming with Kerr-McGee. He worked as a seismographer leading teams in searching for uranium deposits in the western United States. He eventually became a vice=president at Kerr-McGee before retiring in 1982.

Jack married Anna Mae Willis in 1948 and they had two sons and a daughter.

Stats:
http://www.justsportsstats.com/basketballstatsindex.php?player_id=landoja01
http://probasketballencyclopedia.com/player/jack-landon/
Posted by Peach Basket Society at 8:23 AM