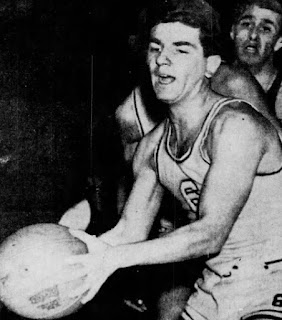 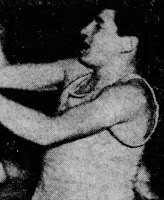 Born to Max and Dora Ingerman, the fiery guard from Philly set a state high school record in 1943 with 47 points in a game. He went on play a season at Temple before entering the U.S. Navy. He played semi-pro ball around Philly after the war, and also signed with the Hurricanes in the PBLA.

He was married to Corinne Schwait in 1949 and they had a son and a daughter.

Stats:
http://www.justsportsstats.com/basketballstatsindex.php?player_id=ingeral01
http://probasketballencyclopedia.com/player/al-ingerman/
Posted by Peach Basket Society at 4:36 AM