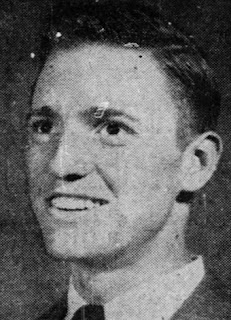 Day played baseball, football and basketball at Centre College (he had never played football prior). He played pro basketball with the Colonels, and later was a skilled softball pitcher, pitching in many tournaments.

Day served in the U.S. Army during World War 2.


Stats:
http://www.justsportsstats.com/basketballstatsindex.php?player_id=dayge01
http://probasketballencyclopedia.com/player/George-Day/
Posted by Peach Basket Society at 4:34 AM