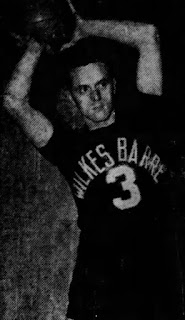 Ostrowski enrolled at the University of Scranton, and after his sophomore year, he entered the U.S. Navy to serve during World War 2. After the war, he signed with Wilkes-Barre and played them for four seasons, including one on the Eastern League before the team moved to the American League. 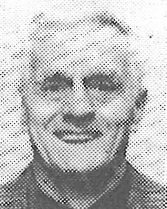 Cas was sold to the Aces on October 20, 1950. I am not sure how or exactly when, but he moved to play the Grand Rapids Hornets of the NPBL, appearing in the November 16 and November 17 games. He was injured on November 18 along with fellow Hornets Blackie Towery and Bobby McDermott in a car accident traveling to a game in St. Paul. Ostrowski played only two games for the Hornets before returning to the Aces in the ABL, but the team moved to Carbondale on December 2. He played for other teams out east before retiring from the court.

Stats:
http://www.justsportsstats.com/basketballstatsindex.php?player_id=ostroca01
http://probasketballencyclopedia.com/player/cas-ostrowski/
Posted by Peach Basket Society at 5:53 AM