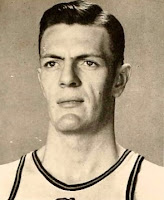 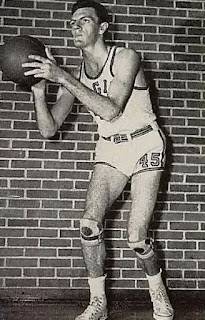 Born in Stillwater to Earl and Katherine Shelton, Jack was a natural athlete who played both football and basketball at Stillwater HS, named All-State in both sports in his senior year. Growing to a height of 6'7, Shelton was recruited by Coach Hank Iba to play basketball at Oklahoma S&M (now Oklahoma State University), where he played four seasons. He was drafted by the Boston Celtics of the NBA, but chose to sign with the St. Paul Lights in the NPBL instead. When they folded, Shelton joined the Wilkes-Barre Barons in the ABL to finish out the 1950-51 season.

Figuring there was not much of a future for him in professional basketball, Shelton returned home and enlisted in the Air Force, and was station at Walker Air Force Base in Roswell, New Mexico. When his time was up in 1955, he returned to Stillwater to work at the family lumber company. He would eventually take over the company from his father, and became a skilled builder and designer of houses.

He was married Marguerite Goodpaster in 1952.

Stats:
http://www.justsportsstats.com/basketballstatsindex.php?player_id=sheltja01
http://probasketballencyclopedia.com/player/jack-shelton/
Posted by Peach Basket Society at 5:33 AM