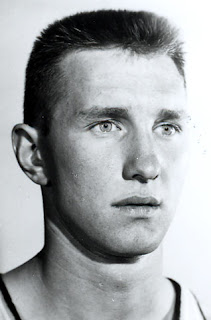 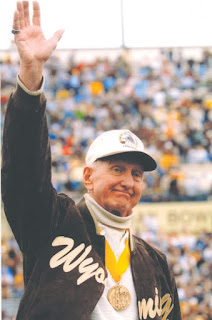 Born in Powell, Wyoming, to Carl and Minnie Bloom, Keith played basketball, football and ran track at Powell HS entered the U.S. Naval Reserve after graduating. At the University of Wyoming, he played football and basketball. but more remarkably he made the baseball team as a first baseman despite having never played organized baseball before. He was a great athlete, going pro in two sports. He signed with the Brooklyn Dodgers in 1950, and played baseball for their C-level farm club in Trois-Rivieres, Quebec. After the 1950 season, he played pro basketball for the Denver Refiners of the NPBL, and the Dodgers sent him to Brisbee-Douglas for the 1951 season. Despite hitting .327 in 1951, he left baseball to coach and teach at Evanston HS in Wyoming. After two years, he moved back to Powell HS, where he stayed until retiring in 1992. He had coached football, basketball, track and tennis over his years at Powell.

Stats:
http://www.justsportsstats.com/basketballstatsindex.php?player_id=bloomke01
Posted by Peach Basket Society at 7:53 AM