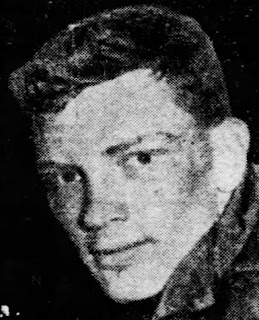 After graduating from Hillsboro, Dahler served his country in the U.S. Army. After World War 2, he became the first player at Duquesne to score 1000 points in his basketball career. He signed with the Denver Refiners of the NPBL, and went over to the Waterloo Hawks after the Denver club folded. He signed with the Philadelphia Warriors in the NBA for the next season, his last as a professional player. He returned to Hillsboro to become a teacher, coach and school administrator.

He married Bliss McLain in 1953 and the had four daughters and one son. Following Bliss' passing in 1977, He remarried to Jane Walters in 1981.

Stats:
https://www.basketball-reference.com/players/d/dahleed01.html
http://www.justsportsstats.com/basketballstatsindex.php?player_id=dahleed01
Posted by Peach Basket Society at 11:47 AM