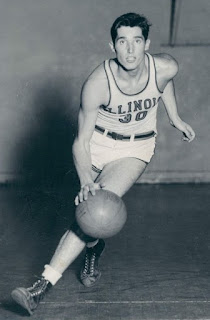 Drafted by the Chicago Stags of the NBA after graduating from Illinois, Osterkorn chose to play with the St Paul Lights on the NPBL instead. When the Lights folded in mid-season, Osterkorn was reassigned to the Redskins for the remainder of the season. After the NPBL dissolved, Osterkorn went to the Syracuse Nationals in the NBA, where he played four seasons. After quitting basketball, he moved to Phoenix where he worked for Encyclopaedia Brittanica. He died in 2012 after suffering from Alzheimer's Disease.