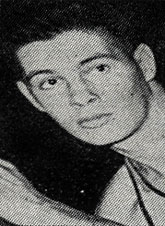 On June 21, 1950, Scherer signed with the New York Knicks, but didn't make the team and in November was sent to Paterson in the ABL. (Somehow wound in playing for Carbondale, so don't know if he ever played with Paterson or if that was an error in the newspaper article.) In February of 1951, he was sold by the Aces to the Tri-Cities Blackhawks of the NBA and finished the season with that club. He was let go by the Blackhawks after the season. In October of 1951, Scherer signed with the New York Knicks, but two months later he was sold to the Washington Capitols of the ABL. However, ABL commissioner John J. O'Brien ordered that Scherer be assigned to the Carbondale franchise. Not even a month later, on January 26, 1952, he was back with the Knicks, and played for them for about two weeks. He played one game at some point for Bridgeport. In 1952, he joined the Scranton Miners of the ABL. He left basketball in 1953 to go into the construction business with his brother, retiring after 45 years.

He married Mary Buist in 1951 and they had two sons and a daughter.

Stats:
https://www.basketball-reference.com/players/s/scherhe01.html
http://www.justsportsstats.com/basketballstatsindex.php?player_id=scherhe01
Posted by Peach Basket Society at 5:33 AM