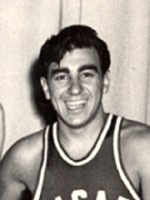 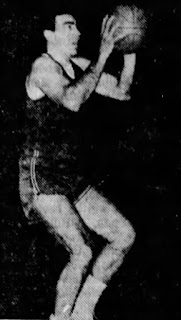 After scoring 1188 points at Niagara University, becoming the first player to reach 1000 at the school, Sinicola was a first-round draft pick of the Fort Wayne Pistons in the 1951 draft. He played three games for the Pistons before joining the U.S. Army to serve during the Korean War. Once discharged, he returned briefly to the Pistons. He headed back east with the Trenton Capitols, but was let go when the team fell apart. He signed with the Hazleton Hawks in late January of 1956. After a season with the Scranton Minors, he signed the with Williamsport Billies in 1957. In December of 1958, Williamsport traded him back to Hazleton for Floyd Layne and John Maglio. After hanging up his basketball shoes, Zeke returned to New York City and worked in the city's financial department.

Stats:
https://www.basketball-reference.com/players/s/sinicze01.html
http://www.justsportsstats.com/basketballstatsindex.php?player_id=sinicze01
Posted by Peach Basket Society at 8:01 AM