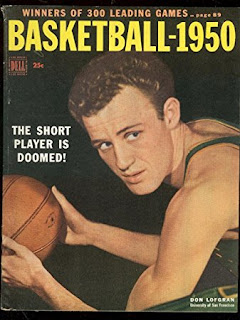 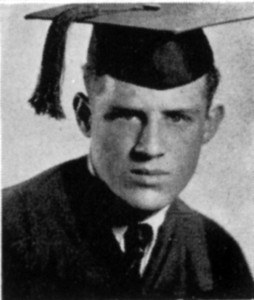 Lofgran set the single-season scoring record at USF, and was named All-American. He was drafted by the Syracuse Nationals in 1950 but was sold to Indianapolis in February. In 1952 he was traded to Philadelphia for Mel Payton. After the 1952-53 season, Lofgran disappeared. His wife reported him missing after he left to cash a check and trade in his car for a newer model. Initially it was thought that he met with foul play after his new car was found in Harrisburg, Pennsylvania, but a few days later, he was spotted around the Bay Area in California. He was later admitted to a psychiatric in Wyoming, determined to have suffered a nervous breakdown. He recovered well enough to return to the NBA that fall, but with the Milwaukee Hawks. He was arrested that December and charged with grand theft and forgery in Oakland. He had taken his sister's car and sold it without her permission, forging the pink slip. In March of 1954, he was arrested in Oakland for passing bad checks. His NBA days were over, but he did pick up some basketball by playing for some independent and semi-pro teams.
Lofgran continued on his downward slide for many years, and bounced from job to job. A heavy drinker, he was found dead in a cheap hotel in Salt Lake City on June 17, 1976. Severe alcoholism and alcohol poisoning caused his liver to fail.

He was married to Joan Stapleton and they had three children.

Stats:
https://www.basketball-reference.com/players/l/lofgrdo01.html
http://www.justsportsstats.com/basketballstatsindex.php?player_id=lofgrdo01
Posted by Peach Basket Society at 8:01 AM