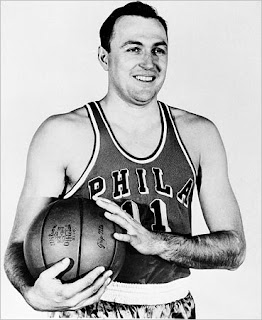 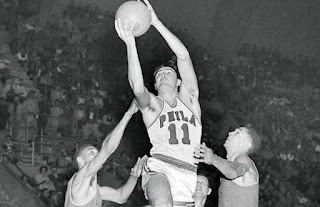 Arizin was born and raised in Philly and attended La Salle High School but did not tryout for basketball until his senior year. He failed to make the high school team, but he played in various recreational and independent leagues instead. He was able to improve his basketball skills immensely, including the jump shot he would be most famous for. He enrolled at Villanova, and his freshman year played intramural basketball. A friend of his recommended him to Villanova coach Al Severance. Severance went to see Arizin play for a recreational team, and was so impressed he asked Arizin to come to Villanova to play for him/ Arizin had to tell him he was already a student. He started at Villanova in his sophomore, and became one of the best players in the school's history. He even dropped 85 points in one game against Philadelphia Naval Command. After graduating, he was drafted in the first round by the hometown Philadelphia Warriors in 1950. He played two years before joining the U.S. Marine Corps and being sent to the war in Korea. After his return from service, he returned to the Warriors and for the next eight years one of the greatest players the game had seen. His jump shot was described by many as "perfection" and Arizin reached the 10,000 point mark in the NBA faster than any player, finishing with over 16,000 points. He was a ten-time All-Star and twice lead the league in scoring. When the Warriors moved to San Francisco, Arizin decided to stay east, and played for a few seasons with Camden in the Eastern League. A member of the NBA's 25th and 50th anniversary teams, Arizin was elected to the Naismith Hall of Fame in 1978. He worked for sometime in the scrap metal business in the off-season. 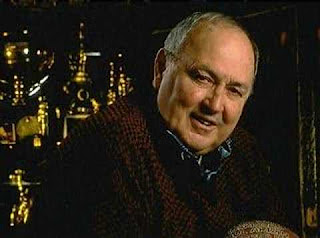 Paul and his wife, Maureen, had four sons.and a daughter. One of his sons played at Drexel, another at LaSalle.

Stats:
https://www.basketball-reference.com/players/a/arizipa01.html
http://www.justsportsstats.com/basketballstatsindex.php?player_id=arizipa01
Posted by Peach Basket Society at 7:01 AM