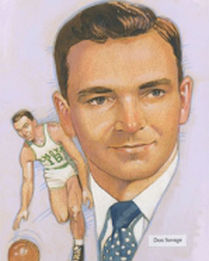 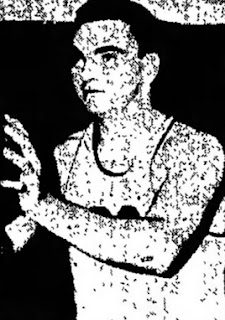 Savage went to LeMoyne College, and as a freshman was a member of the first basketball team the school had ever fielded. In four years, he racked up over 1600 points and the Dolphins had made it to be ranked in the top ten in small college teams. He went to play with the Nationals, and after being let go, went over to play with Elmira in the ABL for a couple years. He joined the U.S. Marines Corps and served on Parris Island, and after his discharge, he played another year with the Nationals. He moved to New Jersey and worked for many years for USF&G in the insurance industry.

He married Jacqueline McGill and they had two sons and a daughter.

Stats:
https://www.basketball-reference.com/players/s/savagdo01.html
http://www.justsportsstats.com/basketballstatsindex.php?player_id=savagdo01
Posted by Peach Basket Society at 6:34 AM