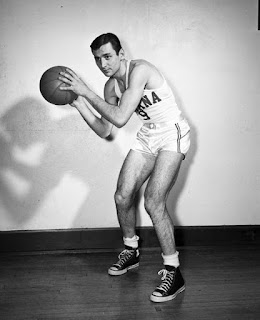 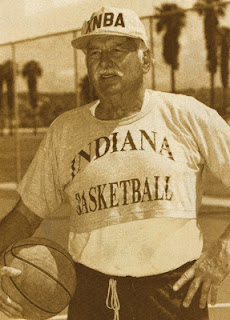 Tosheff lettered in track, football, baseball and basketball at Froebel HS, and set the state record in the long jump. He entered the U.S. Army, serving in the Air Corps during and after World War 2. After his discharge, he enrolled at Indiana University, playing baseball and basketball until graduating in 1951. He was drafted in the 4th round of the NBA draft by Indianapolis, where he would play two seasons, followed by a third with Milwaukee. But it was on the pitcher's mound where Toshoff found his passion.

Tosh signed with the Lafayette Blue Sox in 1952, and one afternoon threw a no-hitter. This impressed Cleveland Indians' scout Red Ruffing enough to get them to offer a contract. Greenberg decline the amount Tosheff wanted, and he signed with the minor league team in Indianapolis. In 1954, he quit basketball for good and signed with the Milwaukee Braves, and started the season with their affiliate in Tampa. Playing with four teams that year in Class B, he won 21 games, and promoted to the Braves' farm club in Corpus Christi in 1955, he won 20 games. However, he could not get higher than AA ball, and in 1958, at 32 years of age, he left for Cuba, where he played baseball as well as rubbing elbows with Fidel Castro and Ernest Hemingway. Playing there, we became close with a young infielder named Mike Ilitch. Ilitch asked Toshoff to came back to Michigan with him and be his partner in business, but Tosh still wanted to play ball and he left for Venezuela. Ilitch would go on with his "business idea" and formed what would become the Little Caesar's Pizza empire.

Tosh would later become better known as the advocate for getting pre-1965 NBA players pension from the league. Many players were down-on-their-luck or destitute when Tosheff stepped on on their behalf, and would continue to fight for them. He was recognized in 2009 at the NBA All-Star game for his efforts.

Tosheff died of rectal cancer in 2011.

Stats:
https://www.basketball-reference.com/players/t/toshebi01.html
http://www.justsportsstats.com/basketballstatsindex.php?player_id=toshebi01
Posted by Peach Basket Society at 11:05 AM