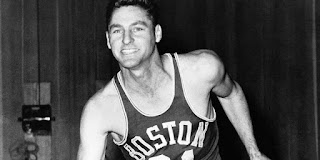 Sharman entered the U.S. Navy after graduating from high school, serving during World War 2. He went to USC, playing both baseball and basketball there. After graduating, Sharman played through 1955 in the Brooklyn Dodgers farm system. However, it was basketball where he made his biggest impact. After one season with the Washington Capitols, he played with the Celtics for 10 seasons and was one of the best shooters of all-time. He was a part of four NBA Championship teams and was an 8-time All-Star. 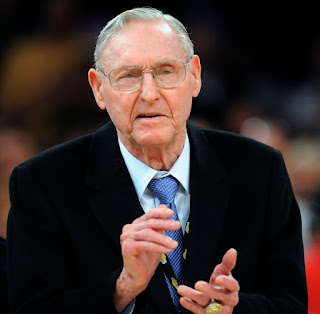 Sharman quit the Celtics in 1961 to become player and head coach for the Los Angeles Jets in the new ABL. However, the team folded in January of 1962, and Sharman moved to take over the Cleveland Pipers when their coach, John McLendon, abruptly quit (he had frequently argued with Pipers owner George Steinbrenner). Longing to return home to California, Sharman took the head coaching job at Los Angeles State, but resigned after a two years to broadcast for the St. Louis Hawks. This lasted until 1966, when he returned to the bench to lead the NBA's San Francisco Warriors. He moved to take over the Los Angeles Stars in the ABA in 1968, and after two years in LA and one year when the franchise moved to Utah (winning the ABA title), he returned one last time to Los Angeles and the NBA. He coached the Lakers for five seasons, leading the club to their first title in L.A. He stepped down from coaching in 1976 to become the Lakers' GM, and in 1983 was named the club's president, retiring in 1990.

Sharman was elected to the Hall of Fame both as a player and a coach.

He and his wife, Joyce, ha two sons and two daughters.

Stats:
https://www.basketball-reference.com/players/s/sharmbi01.html
http://www.justsportsstats.com/basketballstatsindex.php?player_id=sharmbi01
Posted by Peach Basket Society at 8:14 AM