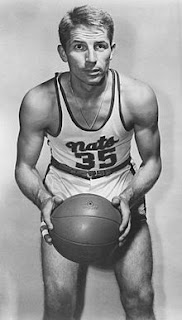 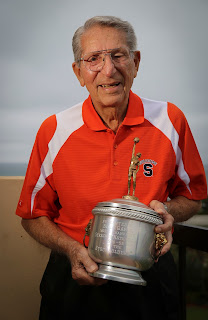 A popular player for Syracuse, both University and Nationals, Gabor played on both the Orangemen's varisity and freshmen team in his freshmen year. He served his country during World War 2, and returned to SU and then went on to play professionally for 7 seasons before injuries finally took their toll. He was an all-star for the Nat's, and was on the 1954-55 NBA champion team, but did not receive his ring until 2015. SU retired his number in 2009. 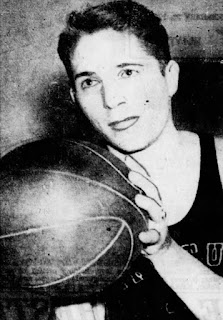 Posted by Peach Basket Society at 6:05 AM