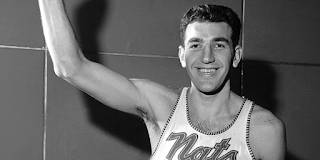 
There is plenty written about Schayes all over, so I will not go too deeply here and let other sources tell his story. 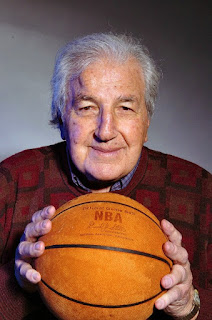 From New York, Schayes was one of the greatest players of the early NBA. He was a mere 16 years old when he entered NYU and started on their freshmen team. After four standout seasons at NYU, he made his mark over 15 seasons with Syracuse, and then went with the team when they moved to Philadelphia where he became head coach. He was elected to the Naismeith Hall of Fame in 1973. His son, Danny, also played in the NBA.

He succumbed to cancer in 2015, and his number was retired by the 76ers a few months later.