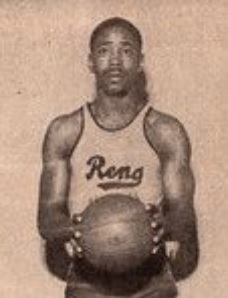 Usry served in the military during World War 2. After basketball he was a teacher and administrator in Atlantic City. He became the mayor of Atlantic City in March of 1984 when Michael Matthews was recalled. He was elected to a full term in 1986. In July of 1989, while still in office, Usry was arrested for accepting a bribe. He left office the following year.

Stats:
http://www.basketball-reference.com/nbl/players/u/usryja01n.html
http://www.justsportsstats.com/basketballstatsindex.php?player_id=usryji01
Posted by Peach Basket Society at 6:49 AM