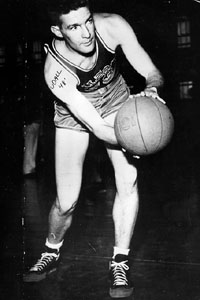 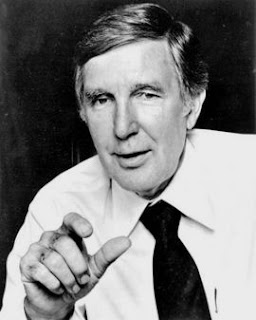 Born to Levi and Louisa Udall in Arizona, Udall lost his eye in a childhood accident, but still managed to be a good basketball player in college. He tried to enlist in the army during World War 2, managing to fake examiners that he had two functioning eyes. His ruse was later discovered and he was discharged, but reinstated when the Army later changed their medical requirements. He served for two years and then returned to Arizona to complete college. He played one season with the Nuggets, and went to University of Denver and the University of Arizona to pursue a Law Degree. He wound up being elected to U.S. Congress, and served in the House from 1961 to 1991. He ran for president in 1976, giving Jimmy Carter a few tough battles in the primaries before dropping out.

Udall was married three times and he had six children. 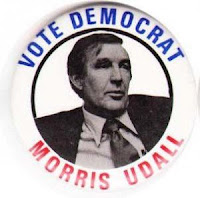 Posted by Peach Basket Society at 4:36 AM