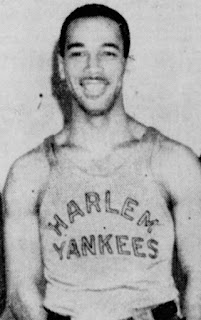 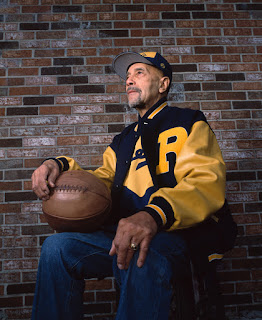 Born in Panama, Isaacs (in some places misspelled as "Issacs" or "Issaacs"), along with his mother and sister, emigrated to the United States in September of 1919. His father Percival, a Jamaican, was a laborer on the Panama Canal when he met his mother, Maud. The family moved to Cuba shortly after work in Panama had dried up. Percival emigrated a few months prior to the rest of the family.

Isaacs grew up in Harlem, where he learned to play basketball. A long-time member of the New York Rens, he played many years for professional tournament teams and barnstorming squads.

By the time the professional sport became more organized, and the NBA was finally taking a foothold, Isaacs was too old to be signed. He spent many years coaching and tutoring youths in Harlem on the game, and left an imprint on many. He was elected the Hall of Fame in 2015, six years after his passing.

Stats:
http://www.basketball-reference.com/nbl/players/i/isaacjo01n.html
http://www.justsportsstats.com/basketballstatsindex.php?player_id=isaacjo01
Posted by Peach Basket Society at 10:52 AM