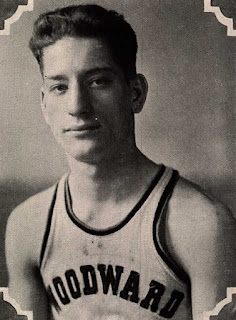 Played one game for Toledo. Injured his knee playing for a team in Toledo the year after he graduated. Other sites say he played for Ohio Univ, but that record eludes me. His obituary says he did not attend college.

A star football, baseball and basketball player in high school, Edwards played for various teams in the Toledo area throughout the 1930's. Edwards coached Toledo in the 1941-42 season, and even played one game. He later worked as a longshoreman and died in 1977.

As for his family, looks like he married Mildred McDonald in 1934 and had three sons. He later remarried to Mary Ann. Not sure what happened to Mildred. 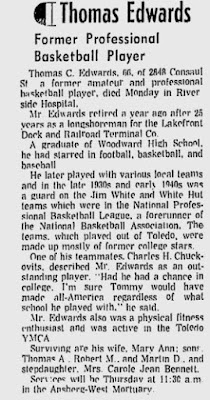 Posted by Peach Basket Society at 8:14 AM