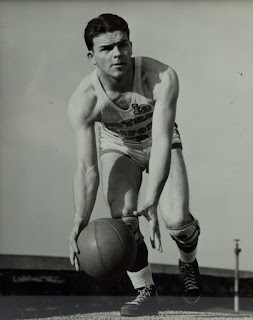 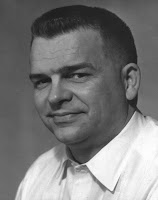 Vaughn was a midwestern player who went to USC for college. He was a very popular player for USC, appearing on the cover of Life Magazine. After graduating, he returned to the Midwest to play with Hammond of the NBL. His time in Hammond was brief, as his poor play, coupled with disciplinary conflicts, lead to his sale to the Chicago Bruins. Vaughn wound up finishing six in the NBL in scoring. After two seasons with the Bruins, he joined Oshkosh. He returned to Oshkosh for the 1946-47 season after serving in the military for World War 2.

Stats:
http://www.basketball-reference.com/nbl/players/v/vaughra01n.html
http://www.justsportsstats.com/basketballstatsindex.php?player_id=vaughra01
Posted by Peach Basket Society at 11:34 AM