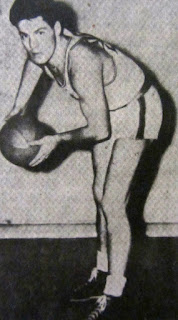 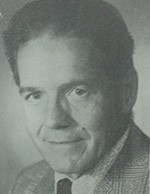 Born to Charles and Girda (1889-1977) Buehler in Rib Falls, Wisconsin, Ken grew up in Edgar, Wisconsin. Buehler played football and basketball at Milwaukee Teachers College (now the Univesity of Wisconsin-Milwaukee) before signing with Sheboygan. He was the NBL Rookie of the Year in 1942-43 season. He has called up to serve in World War 2 near the end of his rookie season, in the U.S. Navy in the Pacific. Returned and played a couple more seasons before pursuing a career in dentistry, earning his dentistry degree in 1950. In 1987, he retired and moved to Florida. 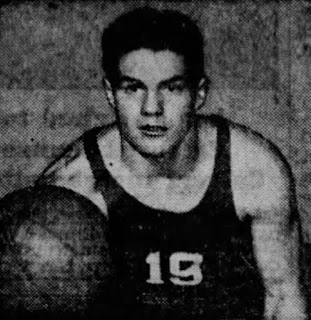 Stats:
http://www.basketball-reference.com/nbl/players/b/buehlke01n.html
http://www.justsportsstats.com/basketballstatsindex.php?player_id=buehlke01
Posted by Peach Basket Society at 6:02 AM