Using the information that Wallace went to Overbrook and UT, we find this Paul Wallace:
http://www.findagrave.com/cgi-bin/fg.cgi?page=gr&GRid=55039076

However, if that IS the Paul Wallace who played for the Chevrolets, he would have been 16 years old. Granted, he was a big star in Philadelphia HS, but how would he wind up playing a single game at such a young age in a city far far away. There is nothing to indicate that his family lived in Toledo at the time. This Paul Wallace went to UT after World War 2. So this doesn't make sense.

So.... two things here. Paul "Hook" Wallace was 16 when he played one game for Toledo when he was there for some reason in the winter of 41-42, and went to UT 5 years later.

The Paul Wallace who played for the Chevrolets has no connection to Overbrook and UT as reported elsewhere.

I personally subscribe to the latter, especially since Hooks' obit on the findagrave site says nothing about playing professionally at age 16, which I think would be notable.

The only Paul Wallace (or surname of Wallace of any first name) was Hook Wallace. ('47 and '48) 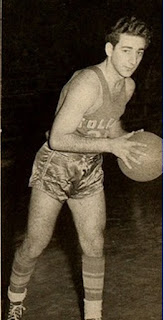 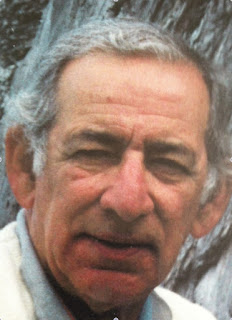 Stats:
http://www.basketball-reference.com/nbl/players/w/wallapa01n.html
http://www.justsportsstats.com/basketballstatsindex.php?player_id=wallapa01
Posted by Peach Basket Society at 5:27 AM