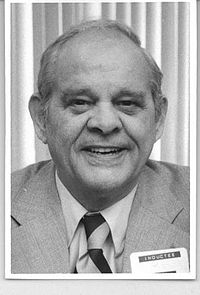 Out of Fort Wayne, Indiana, Armstrong lead Central to the state title game, and moved on to star at Inidnana. He signed with the Pistons in the NBL, Armstrong joined the Navy during World War 2, playing basketball while at Great Lakes. He returned to the Pistons after the war, where he stayed until a career-ending knee injury.
Curly, along with his wife Mary, opened Curly's Village Inn in 1969. Mary continued running the Inn after Curly's death in 1983, until her retirement in 2012. He was the brother of Scott Armstrong.