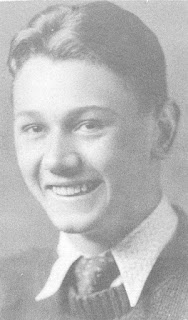 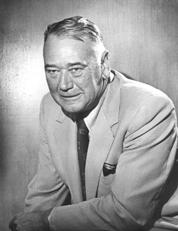 Born to Clarence and Marie Huffman in Moreland, Indiana. A member of the state champion basketball team at New Castle HS, Huffman went on to star at Indiana in basketball and football, where he was selected All-American in both sports. Named the Big Ten's MVP in football in 1936, he also played one year of baseball at IU. He went on to play two seasons in the NFL for the Detroit Lions and one year of pro basketball for the Kautskys before returning to college to complete his degree in 1940. He went on to manage a dairy as well as work for the FBI.
He was married to Evelyn Johnson (1914-2007) and the couple had two daughters, Judith Huffman (1939-1940) and Sue Shindell, and one son, Richard Huffman.
Vern died in 1995 following a lengthy illness.

Stats:
http://www.basketball-reference.com/nbl/players/h/huffmve01n.html
http://www.justsportsstats.com/basketballstatsindex.php?player_id=huffmve01
Posted by Peach Basket Society at 8:35 AM