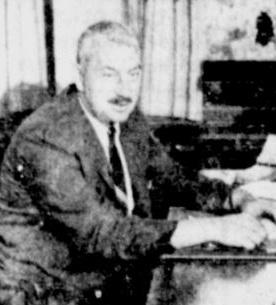 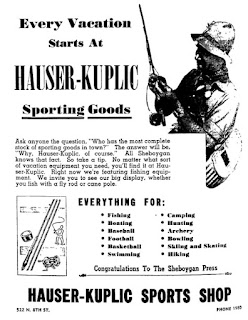 Kuplic was the son of a fire and police chief. He graduated from Lincoln High School, and attended the University of Wisconsin before transferring to Beloit College after one semester. Kuplic was the captain of the basketball team at Beloit, as well as lettering in football and tennis. He then spent a year at St. Norbert's college, coaching as well as teaching Japanese history. He left to partner up with Sheboygan sporting goods retailer (and former Major League slugger) Joe Hauser. He had no affection for coaching or teaching, so in 1943, he got a job as a milling machine operator at the Kohler Company, and in 1962, he became the company's president. He also officiated high school basketball and football games in the Midwest.
Died of a heart attack after leaving for work on the morning of July 22, 1968.
Kuplic married Nancy Tyrrell (1914-2004) on February 4, 1935, and the pair had five children; sons Jim (who also was a sports star at Beloit) and Bradley (c.1956-    ), daughters Linda Moore (1944-2006), Nancy Ann Gehrke and Kathryn Carmen. The couple also raised three children of Nancy's sister after her sister and brother-in-law's deaths in 1957 (Sally, Robert and Michael Welsh).

Special thanks to John Grasso for some biographical help.

Posted by Peach Basket Society at 5:05 AM