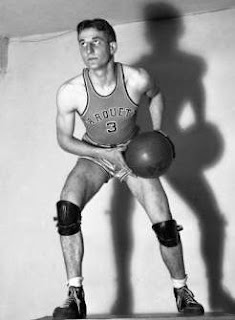 Born in Elgin, Illinois, Sokody excelled on the court and the gridiron at Elgin High School. He played basketball at Marquette, and then moved on to the professional game where he played five seasons in the NBL. After his playing days, he went on to work at Hardy Salt Company for 35 years as well as a referee at the High School and Collegiate level.
He married Lucille (1915-2000) and they had three daughters, Linda Seybold (b.1937), Janice Asp  (b.1938) and Karen Chambers, and a son Philip (b.1939). 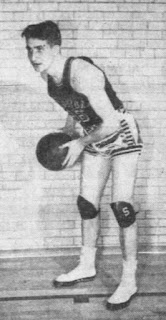 Posted by Peach Basket Society at 10:53 AM