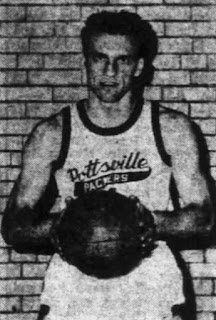 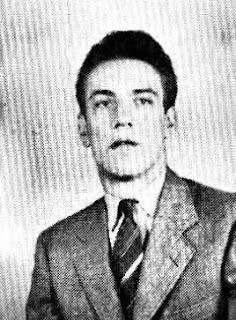 Born in New Jersey to Antonio (Anthony) and Vinka Gozdenovich. A football and basketball player in high school, Goz would play a year at LIU before dropping out of school. He tried out with the Wilkes-Barre Barons in fall of 1948, but did not make the team so he signed with the Pottsville Packers. He would play basketball for a few years in the Eastern and American Leagues.

John married Rita Judge and they had at least one son.


Stats:
Posted by Peach Basket Society at 8:31 AM