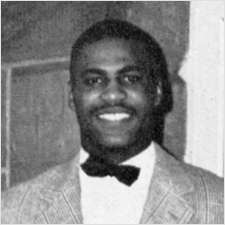 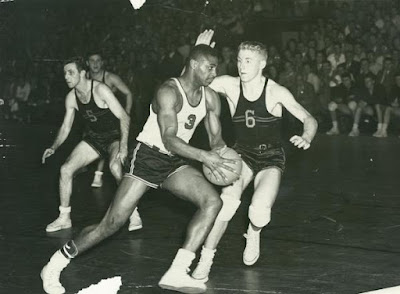 Hatchett was a three-sport star at Rutgers, playing baseball, football land basketball there. A popular student athlete, Hatchett was the first black student to be voted president of the senior class at Rutgers. After graduating, he would play basketball in the ABL, first with the Harlem Yankees and then with the Paterson Crescents. He would serve in the U.S. Army during the Korean War, and after his return home, began a career in teaching and coaching. He would later work in human resources at RCA before retiring.

He and his wife, Ora, had one son and two daughters.

He is sometimes listed as "Buddy" Hatchett.

Stats:
Posted by Peach Basket Society at 9:24 AM