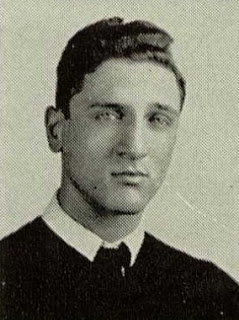 Haspil served in the U.S. Navy during World War 2. After the war, he played with the Trenton Tigers, New York Jewels, and the team sponsored by Gimbel's department store. In February of 1949, he signed with the Brooklyn Gothams and finished the 1948-49 season with them. He played with the Philadelphia SPHA's the year after they left the ABL and became an independent team.


Posted by Peach Basket Society at 9:41 AM