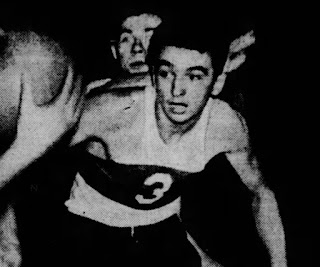 The 6', 160-pound athlete from Philly attended Northeastern HS and later served in Army during World War 2, He supposedly went to Loyola, but haven't confirmed it.


Stats:
Posted by Peach Basket Society at 4:02 AM