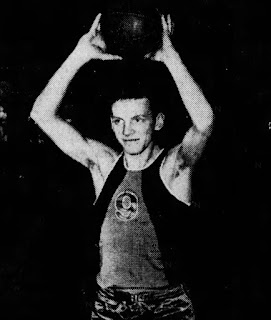 Born to Victor and Marie Bock, Franny and played basketball at Calvert Hall HS. He was a long-time teammate of his brother, Vic. They were paired up not only in high school, but college, semi-pro and professionally. He later officiated basketball games around Baltimore, collegiate and prep. Like his brother, Bock had issues with his heart, but unlike his brother, he managed to live a long life despite his ailment, dying at 85 in 2006.

He married Evelyn Totolski and they had two sons and one daughter.


Posted by Peach Basket Society at 7:05 AM