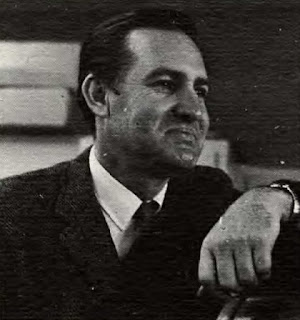 After starring on the basketball court for four season at St Frances where he mastered the one-handed shot, Lockheed joined the U.S. Army and served in the Air Corps during World War 2. After the war, he played two seasons with the Jersey City Atoms while teaching at St. Francis Prep and earning a Master's Degree in English Literature. In 1948, he moved out to Stockton, California, where he worked as a teacher until his retirement.


Posted by Peach Basket Society at 7:51 AM