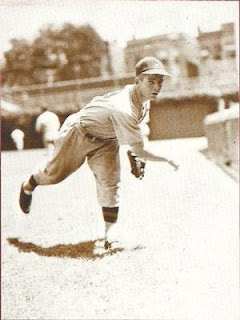 Eyrich began a baseball career in 1943, signing with the Philles as an 18-year old pitcher and was immediately added to the war-depleted roster. He pitched in nine games that summer before being inducted into the U.S. Navy. Following the war, he returned to the mound, in the Phillies affiliate in Utica, New York. That off-season, who played basketball for the Wilmington Bombers. He continued to play baseball through 1954, but never returned to the Major Leagues.