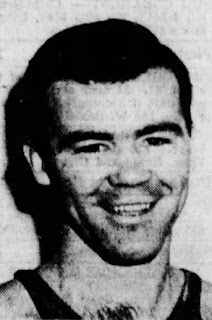 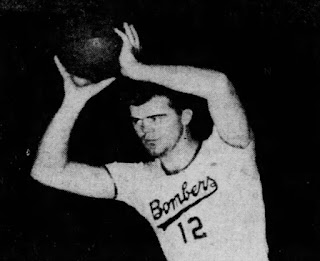 A three-sport star in high school (football, baseball and basketball), McCloskey entered the Navy's V-12 program after high school and was sent to the University of Pennsylvania. He played basketball while there. and after the war would play basketball professionally through the mid 1950's. During this time, he would also coach basketball and played minor league baseball.McCloskey was named the MVP of the Eastern League in 1952-53 and 1953-54 before ending his days on the court. However, his involvement in the game itself remained. He continued to coach and would evenutally move into management. In late 1979, McCloskey was hired as the GM for the then-floundering Detroit Pistons. By the end of the 1980's, he had rebuilt the team into a powerhouse, with two NBA championships and multiple appearances in the Conference Finals. He would later leave the Pistons to work as GM for the Minnesota Timberwolves before retiring. 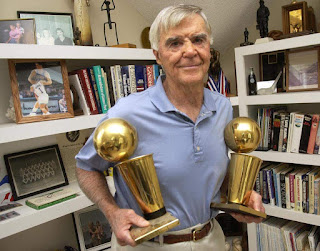 McCloskey died from complications of Alzheimer's Disease in 2017 at the age of 91.

He was married to Leslie.

Stats:
https://www.basketball-reference.com/players/m/mccloja01.html
https://www.justsportsstats.com/basketballstatsindex.php?player_id=mccloja01
Posted by Peach Basket Society at 4:41 AM