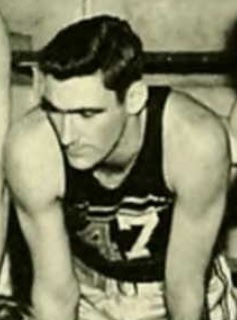 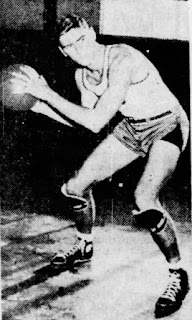 Born to Leo and Eleanor Gleasner in Wilmington, Delaware, Don was a natural and well-known athlete in his hometown. Gleasner, at 6'2 and 193 pounds, played basketball, football and baseball in high school and in college. He went to Morris Harvey (now the University of Charleston in West Viriginia) before entering the U.S. Navy. He played baskeball at Penn while in the navy's V-12 program. and served as a naval pilot during World War 2. After the war, he went to the University of Maryland and the urging of the Naval Academy's coach. He played his three sports at Maryland, and not only was he drafted by the Chicago Bears in the 28th round, but signed with the ABL's Wilmington Bombers and with baseball's Boston Red Sox.
Gleasner played with the Bombers in their final ABL season. He started playing with the Brattleboro (Vermont) club in the Red Sox farm system in 1946, and in 1947 moved over to their Class-B affiliate in the Piedmont League in Roanoke. He never progressed higher in the minor leagues than Roanoke, leaving the Red Sox system after the 1948 season. He went to Asia and created an import business and was among the first entrepreneurs to introduce pre-finished plywood to America. 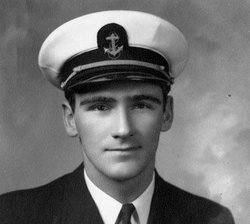 He married Patti Siceloff in 1947 and they had two sons and a daughter. 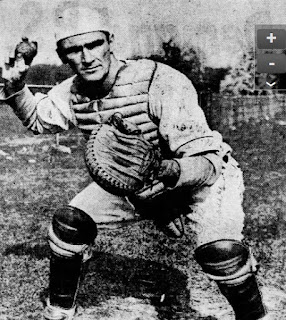 Posted by Peach Basket Society at 4:24 AM