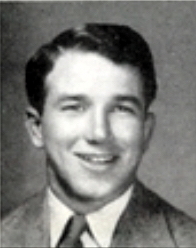 Born to Italian immigrants Mike and Josie Canzoneri, Fagan played basketball at Auburn, being named captain in his senior year.

Fagan served in the U.S. Army during World War 2. He joined the Vulcans in March of 1947 for the Southern League playoffs.He was later a collegiate referee.

Posted by Peach Basket Society at 4:15 AM