Hardy, son of William and Myrtle Hardy, went into the U.S. Army after graduating from WP Daniels HS in New Albany, MS. He would play basketball while in the army, and after war played with Jackson in the Southern League as well as some semi-pro basketball at home. He eventually moved to Memphis and returned to Mississippi to Oxford, where he died in 2011. 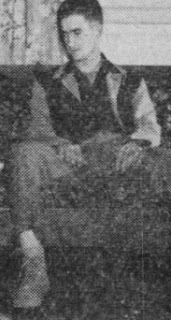 Posted by Peach Basket Society at 11:24 AM