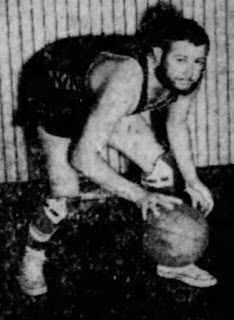 Rakestraw served in the U.S. Army during World War 2. After finishing at Sunflower College, he played bounced around the Southern Basketball League for the 1947-48 season.

Rakestraw's younger brother, Tye, played basketball at Delta State College in the late 40's and would kill his own wife in 1982 before committing suicide.

Posted by Peach Basket Society at 4:45 AM